Honoring Frank Adams, a giant in the worker cooperative movement

The U.S. Federation of Worker Cooperatives and the Democracy at Work Institute deeply mourn the passing of Frank Adams. Frank was a tremendously influential worker cooperative advocate, developer and educator, and a founding board member of the USFWC. In memory of Frank we share here an obituary from Rebecca Bauen, DAWI's Senior Program Director:

This week we mourn the passing of Frank Adams, a giant in the worker cooperative movement.  Frank is known best for his seminal work, Putting Democracy to Work: A Practical Guide to Starting and Managing Worker Owned Businesses (with Gary B. Hansen).  We also know Frank as a champion for building a movement of worker cooperatives, as a founding board member of the US Federation of Worker Cooperatives (2004-06).

Frank was an educator, historian, writer.  He was also a colleague and mentor to many of us.

Frank was the best teacher I have ever had.  He embedded in me the belief that education is foundational for shared ownership to really take hold.  And, he was committed to exploring this right to the end.  When I visited Frank in Knoxville, a year ago this March, I was looking for ideas about how to form a school to teach participatory management and the culture of worker ownership. Frank shared with me his research on a little-known school called the Work People’s College organized by the IWW in the early 1900’s, in the upper Midwest, that taught immigrant workers to become managers and owners of their own businesses.

This wasn’t the first time we’d talked about education for ownership. It began in the winter of 1996, when Frank shared his library with me, and we met weekly in his Boston home and talked about the books he had had me read on the English levelers, Kant, management theory, organized labor, worker self-management, and radical adult education.  He helped me build a theoretical, historical, philosophical and practical foundation for starting worker cooperatives, teaching about them, and now, through my work at DAWI, building the leadership of the next generation of worker cooperative developers.

Frank offered the gift of his intellect, experience and insight to so many of us committed to changing the nature of work, the direction of capital, and expanding the power of ownership.   His often times thorny provocations made us tougher for the battle.

The work continues, and Frank, your legacy lives on. 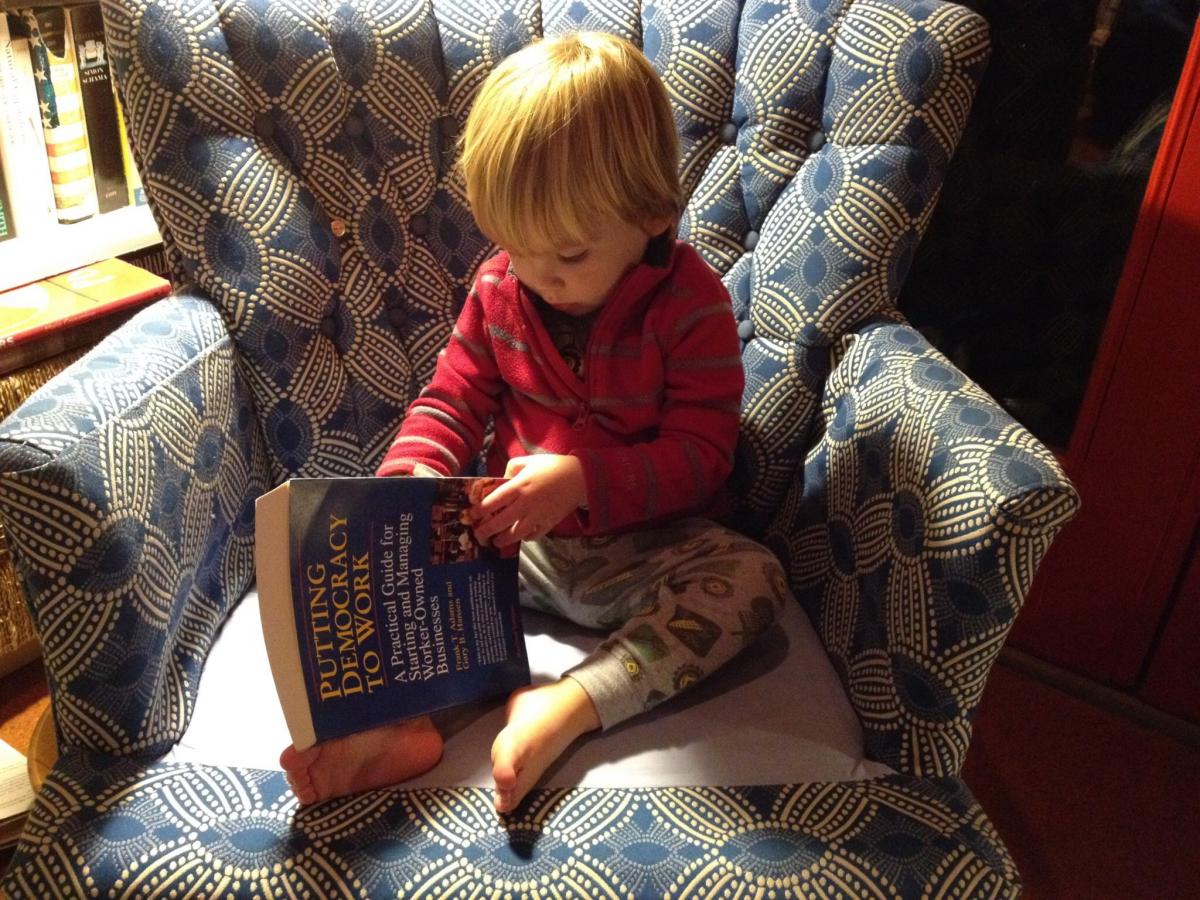 Browse Frank’s voluminous work, which is a testament of his influence and dedication to the worker cooperative movement.

Hansen and Adams - ESOPS Unions and the Rank and File

Adams - Making production, Making Democracy: a case study of teaching in the workplace

Egerton - Workers Take Over the Store

Loveland - Under the Workers’ Caps: From Champion Mill to Blue Ridge Paper  (book)

Hansen and Adams - ESOPs and you

Adams and Horton - Unearthing Seeds of Fire: the Idea of Highlander (book)